Vaccinosis: An Issue Worth Pondering

I used to be a dyed-in-the-wool allopathic traditionalist in the care of my animals. I worked at a vet office that served both small and large animals for 11 years. I believed in the miracles of vaccinations and vaccinated early rather than run the risk of being even one day late with my animals’ shots. I diligently sent out vaccination reminders from the clinic and scorned delinquent owners. When I first heard the term “vaccinosis” in 1996, I was certain that the people disseminating ideas that vaccines were ineffective and causing illness, had most certainly lost their minds. Had they ever heard of distemper? Had they ever seen a puppy suffering from parvovirus? How could they possibly suggest that I stop vaccinating my animals?

In the first article I read on the subject, Dr. Richard Pitcairn, DVM said that for some readers the very idea that vaccines are anything but wonderful and life saving may come as a surprise. That pretty much summed up my position. I was unreceptive to notions about vaccine dangers for four more years. During those four years, a number of traditional paradigms in animal care crashed down around me and aroused my curiosity about the vaccination debate.

I now feel an urgent need to invite fellow animal lovers to take a close look at the possible dangers of vaccinations; the practice of over vaccinating, and how concerned caregivers might go about repairing damage done.1

Here’s some of what I’ve learned. As early as 1884, the effectiveness and safety of vaccines came under suspicion.2 Clinical studies led many holistic doctors to believe that laboratory modification of a natural disease agent into a vaccine strain that is “safe” to introduce into the body, actually establishes a chronic form of that disease with symptoms not necessarily seen in the disease itself. These symptoms develop because the body’s response to the vaccination strain is believed to be different than its response would be to the actual disease.

So, in a nutshell, not only are vaccines less effective than the disease agent itself in bolstering a body’s protection should it come into contact with the disease agent, they can be ineffective and counterproductive as well. This most certainly is not the definition of vaccination that I grew up with. My understanding was that vaccinations were harmless and had the effect of stimulating the body to create antibodies to protect the body should it encounter the disease in the future. So, if this basic premise is flawed, where does that leave our belief system?3

Vaccinosis is the term used to describe the multitude of manifestations of a disease that appear in a vaccinated animal. Since these symptoms are rarely acknowledged as related to a vaccine, as they exist in a chronic form rather than the recognizable acute form of the disease, they are dealt with, and often not very effectively, as isolated occurrences. Just one example to get your wheels turning: Dr. Pitcairn suggests that an appetite disorder in a dog or cat that has been vaccinated for rabies could be the chronic manifestation of ‘loss of appetite,’ the acute symptom that occurs naturally in a rabid animal.4 This is a very difficult correlation for most people, including veterinarians, to make.

To complicate matters, the strength and stability of each individual’s immune system will dictate a different degree of severity or number of responses to a vaccine. So there’s no way to predict how much danger your animal is in from being exposed to the actual vaccine ‘disease’ ingredient, or the many other toxic ingredients in a shot. For example, the manufacturing process uses disinfectants, stabilizers, preservatives such as sodium hydroxide (lye), formaldehyde (a neurotoxin and carcinogen), hydrochloric acid (found in aluminum cleaners and rust removers), aluminum (toxic, carcinogenic), and, until recently, thimerosol (a derivative of mercury), just to name a few of the most common additives found in popular vaccines.

In addition, the dam of a horse may contribute heavy metal/chemical toxicity to her nursing or unborn foal’s system. When the toxicity of the dam is passed on in utero the metals and chemicals are laid down in the developing central nervous system and the problems of the offspring are increased dramatically. So, things like the health and medical history of parents and other unknowns that you may never be able to calculate are factors in the effectiveness and risk of vaccination. 5 Whatever those variables may be, when vaccinating your animal, there is no way to protect your friend from the combined ill effects.

Reeling from all of this information, I began wondering about health issues that have plagued my animals and that never made sense to their healthcare professionals or me. The clearest example is the poor condition of my Thoroughbred gelding’s feet. He, like so many horses, had thin, soft soles and weak walls. Standard practice says that movement; proper trimming and nutrition can be employed to improve the quality of a horse’s hooves. I believe that if the poor quality of a hoof is due to a lack of nutrients, once the nutrients are supplied, the lack should subside and there should be a noticeable improvement. Over a period of twelve years, I tried at least twenty supplements, from biotin to micronutrients, all to no avail. In 1997 I found a farrier who was able to keep the horse sound. With natural balance trimming and continued supplementation, by 2003, the by then retired horse was able to go barefoot for the first time in his life but no one would call his feet good. The tendency of the hooves to flare was extreme. My farrier taught me how to maintain the feet between his visits. I usually had to chase flares every seven to ten days depending on weather and where he was living. This taught me how important environment is to healthy hooves, but there was still something missing.

I began to wonder if the poor quality of his feet could be from damage done by vaccinating or over-vaccinating my horse. I had heard of a woman in Oregon, Carolyn Libby, who works with vibrational remedies to clear vaccinosis. She uses an approach similar to naturopathy and researches causes and cures for autism linked to vaccines in human children. She also loves animals and has horses. Our paths had crossed before. I had consulted her about a dog with heart problems and a horse with breathing problems, but I had not, at the time, been interested in vaccinosis. Now I understood why one of Carolyn’s primary concerns is clearing disease patterns that result from vaccines. Foremost among her concerns is the heavy metal and chemical toxicities that result from vaccinations and other standard veterinary and owner practices, since these exacerbate the situation.

Carolyn notes that vaccination damage occurs throughout the equine body. How many horses do you recognize in the following list of some chronic manifestations of acute symptoms, aka vaccinosis?6

The most damaging effect of these types of vaccinations occurs in the brain, where they create a paralysis of the sensory- and motor-processing centers. Visual and/or auditory processing may be impaired, but visual-motor processing is always impaired. Often, the vaccine damage is revealed when, by its clearing, the horse’s gaits improve dramatically and the ability to focus also improves. Clearing is accomplished by administering vibrational remedies that target and neutralize the vibrational waves of existing diseases, whether they are manifest or not.6,7 I have now witnessed such changes in fifteen horses.

The job of the immune system is to meet the challenge of any incoming pathogen. When the horse is repeatedly vaccinated, the immune system tends to become depressed and unresponsive. Once vaccine damage is cleared, changes in the well being of the horse are obvious and noticeable; the immune system is repaired and fully capable of meeting challenges appropriately. This turned out to be the missing piece in improving the quality of my Thoroughbred’s feet. After three months of clearing vaccinosis, my now 26-year-old gelding’s feet have cupped soles, strong walls, and little tendency to flare. He steps out with as much confidence on gravel as he does on sand. He is retired now, so his usefulness isn’t affected, but his comfort certainly is, and my farrier has noticed marked improvement in the feet of other horses in my care.

I know this information is a stretch for many people; I’ve been there. So, just consider a possibility for a moment. In fiction writing, authors play a little game with themselves called, “What if…” because posing the question stimulates the imagination. Try this one: What if many of the aberrant personality disorders, health concerns, and ‘behavioral’ issues we commonly associate with horses, are present only in vaccinated horses? To borrow a quote by Fred Alan Wolf, PhD, from the movie What the Bleep Do We Know: “Ponder that for a while.”

Footnotes:
1-For more information about vaccinosis, I encourage you to go to Dr. Pitcairn’s web site, www.dpitcairn.com, where you will find published articles and a bibliography of references. See also: Dr. Mercola’s website, www.mercola.com. Even though the information is about people, the same truths apply.

2-Vaccinosis and Its Cure by Thuja with Remarks on Homeoprophylaxis by J. Compton Burnett, M.D., London 1884 (First Edition)

3 -One of many available articles that report on the dangers of some vaccines and standard practices of administering them is Adverse Vaccine Reactions, W. Jean Dodds, DVM, Hemopet/Hemolife, 938 Stanford Street, Santa Monica,  CA. This article also has an extensive bibliography.

7- For more information about this approach and the remedies used, investigate the Healers Who Share network headed by David Alan Slater in Westminster, CO at www.healerswhoshare.com

About the author:
Nancy Camp specializes in rehabilitating horses that are breaking down within the paradigm of traditional horse management. She teaches classes in High Touch® Jin Shin for horses and EquiMotion, Feldenkrais® Integrated Riding. For information about Nancy’s classes, visit www.wholehorsetraining.com or email her at info@wholehorsetraining.com. 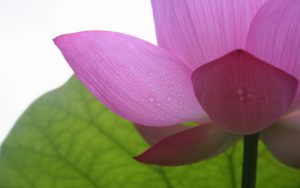